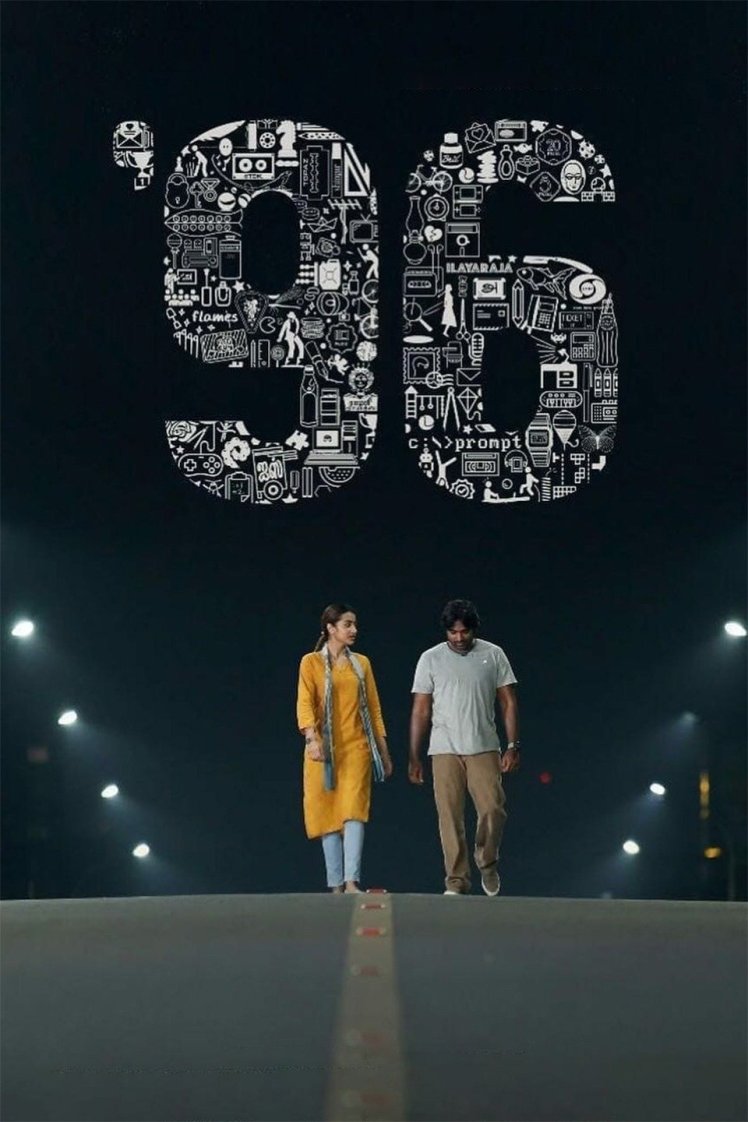 Being a 99’ batch…er, the talk about this got me all riled up.

A romantic at the core, I feared that I would just cry my heart out with this one. Incidentally, I don’t think the storyteller intended it.

He just created a more massive aura around the idea of a reunion based film. And stopped there.

While being deemed as the year’s most romantic story based on the latest trend that most Xennials are able to connect with – India’s reunion revolution. It does not take you anywhere, it just lifted you straight up vertically and then it just came tumbling down, rather slowly.
While it makes invigorating cinema, I don’t know if you deem this the ultimate romantic sojourn, but it had terrific performances and perfect emotional quotient.

The ease of Trisha and VijaySethubathy (#VJS) makes you want to see lot more exciting performances from this duo. Trish is plainly showing you she can do more and is ready to take on the more meaty roles. And the typical male fascination with a touch of machoness, amidst staying a 10-year-old is a skill that unabashedly #VJS can pull off.

But from a story point of view, let’s not slot this as a childhood love story or old ’flames’, cause c’mon we know that there is more to that part.
Started off showing procrastination and ended with the same. It just proved that True love without intelligence never had a future in the first place. Life teases you at many junctures but it just was never meant to be and if it was never meant to be… then what now…

While it’s got fantastic talent and delicate touch to that entirety, it lacks realism. It requires being believable and that the ’hero’ lacks necessary intelligence. I would blame it on a particular scene sometimes to make it over dramatic one would add certain aspects that fake you out.
Much like an overpromise of a brand’s product or attitude or what it can do. In fact in the brand world, one would say don’t overpromise, and under deliver, this is a probable example of the same. And keep the objective in plain sight, is it about the reunion or the possibility of a Re-Union. Like in any brief session with clients on getting the objective right, in the case of marketing of fairness creams, for example, a fairness cream giving your fairness or also gives you the glow, beauty, sun protection, anti-aging and erases your wrinkles all at one go – hardly believable.
And sometimes you can see through it in a single, simple attempt of overdramatic.

In 96’ it is the part where he says he followed her everywhere and knew everything about her and yet he did not aim to clarify to her, approach her, not once, not even in those many years leading up to the wedding. That expression of Trish when he says this fact… meets precisely our thoughts. Meaning Really! You did not, not then or ever have the guts.
But again, when you like someone, you tend to look past their faults and glaring truth and excuse them and go on.  That’s why Trish stops at just the reaction, and in any case, there is nothing new to lose out now.

But the problem is that’s not how true love is because it is difficult to believe that in the days that the lover followed her, he would have noticed the certain sadness in her and he would have identified it. Especially when she is looking out for him. He would have seen that though 3 other people were in love with her and she had not initiated even a glance of happiness as much as she directed it at him.
So this was a clear case of stupidity and possible a way God just saved both of them. While one stays intelligent, the other continues stupidly stumbling through life without a purpose. Now that would have been tragic! Well! It could be a true story nevertheless.
That’s exactly where it leaves you.
But looking back at your own 96! Or 99′ with such bliss that we were far more intelligent and an achiever at that!

The Author is the Founder, Director of BLU

Brand Leverage United (BLU), a Singapore based Brand and Communication Consultancy and a certified Personal Brand Strategist. She writes what touches her and what inspires her or something that is relevant to be taken note off. She focuses on Brands both products and people. All views are her own and do not represent any organization

Disclaimer: Image used here is to highlight the movie in the discussion. All copyrights with the movie 96. No copyright infringement is intended